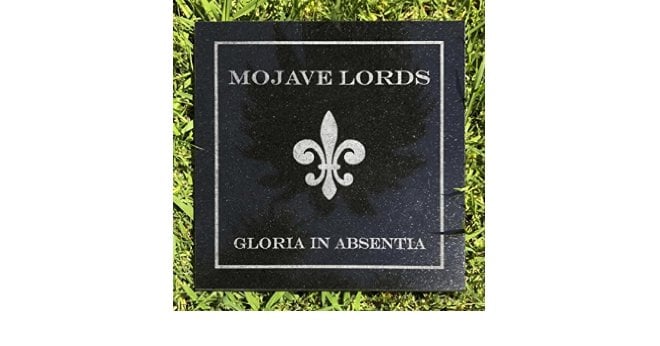 GLORIA IN ABSENTIA, the new single from MOJAVE LORDS, was made at Rancho de La Luna in Joshua Tree, California. The song is dedicated to the memory of all victims lost during the Bataclan terrorist attack in Paris in November 2015. The label releasing our vinyl is LEFT FRONT DOOR RECORDS. Based in Paris, LFDR was started by Arthur Dénouveaux. Arthur is a survivor of the attack and LFDR is his way of giving something back to the life-affirming force of Rock & Roll. There are two versions of Gloria In Absentia: One in French and one in English.

RODEO DRIVE, the B-side of Gloria In Absentia, is a more personal offering of a love song to a lost lover. There are also two versions of Rodeo Drive available: One in French and one in English.